In 1620 Sir Patrick Agnew, 8th Sheriff of Galloway, was persuaded by his friend Sir Randal MacDonnell, the Earl of Antrim, to hold several swathes of land in the vicinity of Larne, Glenarm and Kilwaughter. Thus began a chequered history of the Agnew family in the Kilwaughter area that was to last more than 300 years. Sir Randal had previously offered sizeable portions of land to another family in the same area, the O’Gnimh’s who were Bards to both the MacDonnell’s and the O’Neill’s. Their most famous son was the poet Fear Flatha O’Gnimh and speculation exists that this family, who later anglicised the name to Agnew, was related to their Scottish counterparts.

The Lochnaw Agnews continued to obtain rents from their holdings in the Kilwaughter area, but the money was becoming increasing hard to get and in 1708 Sir Patrick’s descendant, Sir James Agnew decided to relinquish his troublesome Irish estate and sell it to his agent Patrick Agnew of Kilwaughter, at a price so low that it was considered to be detrimental to the Lochnaw family interests.

Through the years the Kilwaughter Agnew family established themselves successfully and in 1806 Patrick’s great grandson Edward Jones Agnew inherited the estate. Edward and his sister Margaret were the children of Eleanor Agnew and Valentine Jones who was one of the prime movers in the creation of the city of Belfast. When Edward inherited his legacy, he employed one of the best known architects in British history, John Nash, to add a major extension to what was the original Tower House from the 17th Century. This Tower House can still be seen within the Castle footprint. The result of this refurbishment was a magnificent stately home befitting its large estate. When Edward died in 1834 his son William inherited the Castle and its estate. He purchased additional land so that it became one of the largest landholdings in Ireland of around 10,000 acres.

William never married or had children and spent most of his adult life in Paris. On his death in 1891 he bequeathed the entire estate and Castle to his niece Mary Maria Augusta Simon who was born in 1847. Augusta as she was known, was the only child of Maria Agnew and Thomas Collins Simon and when her mother died in 1857, she and her father moved to England. She married Count Ugo Balzani in 1878. The Countess was an intelligent woman who spoke several languages. Her husband came from a long line of aristocrats and was a medieval historian. Being the main beneficiary of her Uncle’s Will brought its problems for a couple who by now had two young daughters, Guendalina and Nora and who divided their time between Italy, England and visiting the estate at Kilwaughter. A solution was sought to make life easier for the family.

In 1891 Elizabeth (Bessie) Galt Smith an American from Delaware and her husband John Galt Smith, an Irish linen exporter, returned from their home in New York to live in Ireland. John was a distant relative of Edward Jones Agnew through Edward’s father Valentine. The couple decided to move from their house just outside Belfast, to Kilwaughter Castle and took out a lease for thirty years. Bessie was instrumental in modernising the Castle and lived there throughout the spring/summer seasons until 1922, sadly her husband John died in 1899, just eight years after they signed the lease.

The Demise of Kilwaughter Castle

The Castle’s sad demise began in the early 20th Century when a series of Land Acts gave tenants the right to buy their farms. Without the regular payment of rents it became difficult to maintain expensive-to-run stately homes. At the outbreak of the Second World War, Kilwaughter Castle was declared Enemy Property because its owners lived in Italy. It was seized by the British Government and turned into a training camp for British and American soldiers. After the war, the Castle was sold to a scrap dealer who stripped it of its valuable fittings including the lead roof. Open to the elements, the Castle building quickly fell into ruin.

In 1982 the Ferguson family bought the ruins of the Castle with the intention of saving this Grade B Listed property. Kilwaughter Castle has an interesting and rich heritage and it has fond memories for local families. Many members of the public expressed a wish that the Castle be saved and with that in mind, in 2013 a local schoolboy, Lewis McAdam initiated a campaign to save the Castle from further decay. The Kilwaughter Castle Restoration Group was formed in 2015. A community Trust is currently being formed to safeguard the future of the Castle by arresting further deterioration of the Castle, promoting its fascinating history and making the building once more a source of pride for the local people and the Larne area.

Building of the castle started – 1803

John Nash the architect of the castle – 1804

The castle is completed 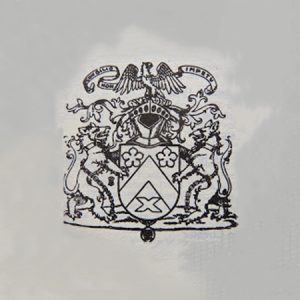 The castle is passed on to William Agnew – 1834

Countess Balzani comes back to Kilwaughter – 1895

The castle was left derelict and now a ruin – 1951

Building of the castle started – 1803

John Nash the architect of the castle – 1804

John Nash (18 January 1752 – 13 May 1835) was a British architect responsible for much of the layout of Regency London under the patronage of the Prince Regent, and during his reign as George IV. Nash was also a pioneer in the use of the Picturesque in architecture. His best-known buildings are the Royal Pavilion, Brighton, and Buckingham Palace (though the facade facing The Mall is an early 20th-century remodelling by Aston Webb of an 1850s wing by Edward Blore, and thus is not Nash’s work).

The castle is completed

The castle is passed on to William Agnew – 1834

The castle is passed on to William Agnew

Countess Balzani comes back to Kilwaughter – 1895

Countess Balzani comes back to Kilwaughter

The castle was left derelict and now a ruin – 1951

The castle was left derelict and now a ruin